Gary Blehm, a.k.a Penman, drew his first PENMEN poster when he was 15 years old. He had first drawn the Penman character in a one room school house near Aspen, Colorado in 1977. His father taught Gary and his two brothers a thing or two about creating and maintaining a business by assigning designated responsibilities to each of them. Dave repaired the Kirby vacuum cleaners in the shop for clients in Aspen, Gary milked goats every morning at 5 a.m., and Doug maintained the chicken coupe at 8 years old collecting eggs each morning.

Gary first drew a Penman in his English book in the fifth grade. He tore out the drawing in the fear that someone would copy his newly created character. Taking it home in the pocket of his blue jeans he proudly showed it to his parents that very evening declaring that he would draw the character as a career for the rest of his life.

If he wasn't milking goats, taking photographs, or playing his guitar, Gary was drawing PENMEN doing any number of activities. The character was similar to an imaginary friend that could go anywhere and do anything Gary put his mind to. In Glenwood Springs, Colorado Gary's father bought a drawing table and t-square on his way home from working in Aspen. It was a birthday gift that opened the world to the young cartoonist. The table was assembled in his room with the t-square laid across the table rarely touched until one day when he set to drawing lines across an old piece of poster board. It suddenly dawned on him that he could draw his Penman character across these lines doing different activities. He drew and drew until another revelation came to him. Instead of filling the poster with different designs, he could include only two that were identical. He didn't show the rest of his family until the poster was complete. 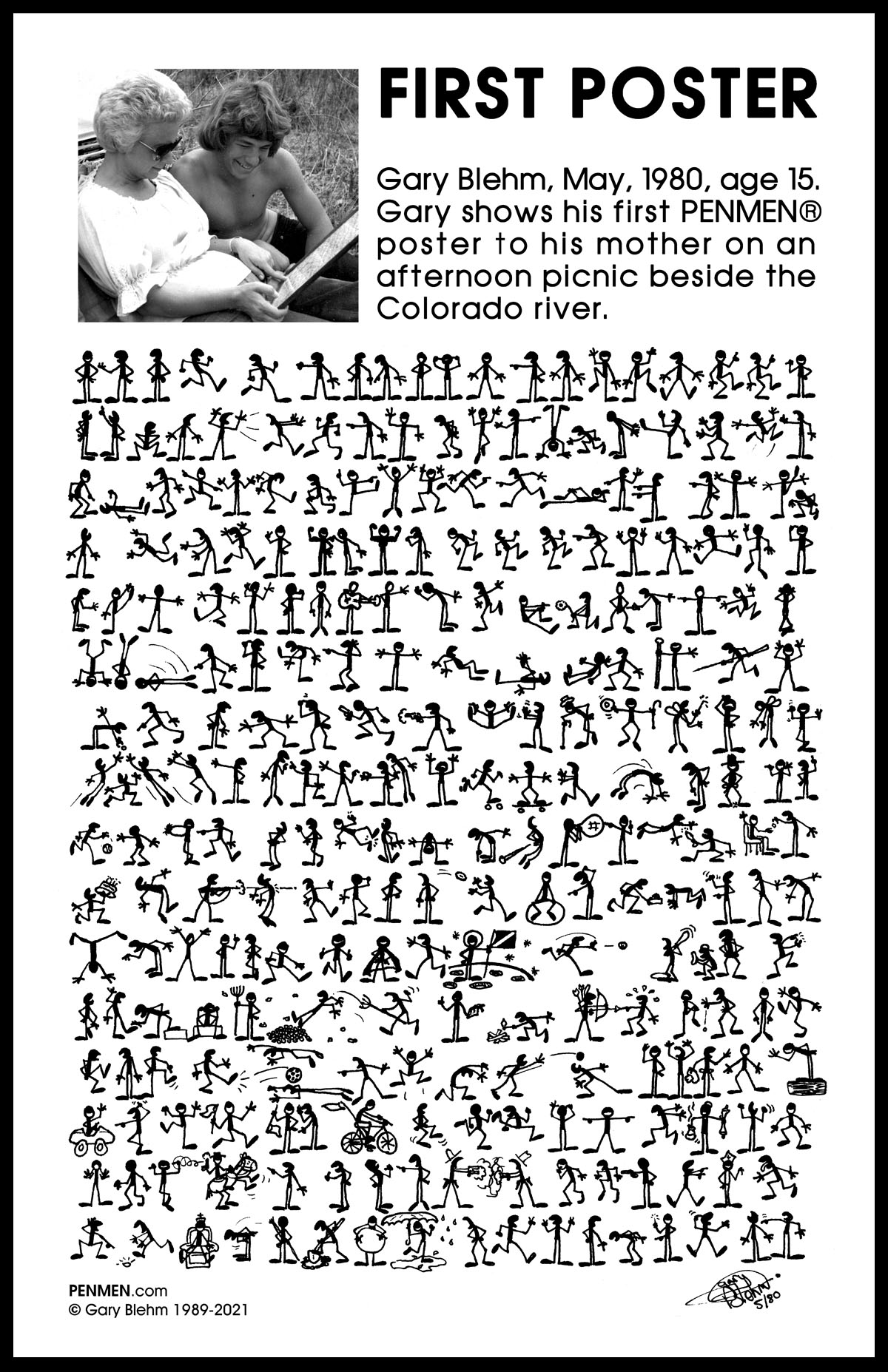